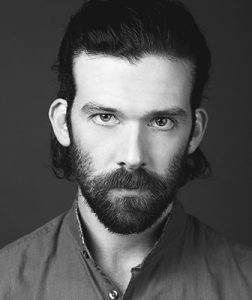 Michael Keefe trained from an early age in Massachusetts where he was a featured dancer with The Massachusetts Youth Ballet. A diverse, competition dancer, Mike won numerous individual titles including “Mr. Headliner”. His professional credits include dancing with recording artist JoJo, performing at the New York City Fringe Festival and being a featured soloist in Rhythmic Circus’ Feet Don’t Fail Me Now. He was a featured tap dancer at the 2005 Presidential Inauguration Celebration & the off Broadway show, Mike Minery & Friends. He is a member of Bad Boys of Dance and a featured performer in Rock the Ballet.

Shawn Mahoney began his ballet, tap, and jazz training at the Joanne Langione Dance Center and his early performing career with Jose Mateo’s Ballet Theatre in Boston, MA. As an apprentice, Shawn danced for American Ballet Theatre before joining Boston Ballet. At Boston Ballet, Shawn performed in Petipa, Balanchine, Kylian, Forsythe, Bejart and others. Shawn performed as a chosen member of “Tharp!”, a national and international touring company directed by Twyla Tharp. Ms. Tharp invited Shawn to be part of the creative and choreographic process for her Broadway hit “Movin’ Out” and performed in Tharp’s “Red, White, and Blues”. Shawn performed with the Suzanne Farrell/Balanchine Project, Sean Curran Company, Washington Ballet, and Bale Estado de Goias. As an educator, Shawn has taught internationally for Festa de Danca in Sao Paulo and Bermuda Civic Ballet. Currently, Shawn is on faculty at Emerson College, instructing dance classes to actors and musical theatre students and is a teacher and lecturer at Days in the Arts. Shawn founded Mahoney Agency, representing dancers for national engagements for the Nutcracker Ballet. Shawn is a sought out mentor for emerging artists and choreographers in ballet and contemporary dance.